If you saw Meet the Press this morning, then you had the opportunity to witness retired General Colin Powell endorsing Senator Barack Obama as the next president of the United States of America.  Powell spoke eloquently and perfectly articulated a great deal of the same things that I have felt regarding the McCain ticket.  Among them, the erratic nature of McCain, his choice of Palin for the VP spot, the “narrowing” of the Republican Party that now excludes a great majority of more centrist Republicans as well as Independents, and vicious attacks that focus on petty aspects rather than on the overwhelming issues now facing American citizens.

For me personally, it was great to see Powell back as himself rather than as the somewhat puppet I felt he was under George W.  I had an opportunity once to meet General Powell and was very much struck by him as both a person and a warrior of the highest caliber.  It was only a meeting in passing at an event long since passed, but the magnitude of his patriotism and his personal accomplishments stayed with me for many years after.  I have watched his career with much interest and was somewhat saddened when he seemed to lose himself, even if only for a few years, under the Macchiavelan antics of George W. Bush and Company.  To see him come out today and fairly condemn the Republican Party for its tactics and philosophy is a great thing.  As I’ve mentioned before, I’m an Independent and have voted for both Republicans and Democrats in the past.  But today’s Republican Party isn’t something I would ever want to be a part of with its divisiveness and general lack of tolerance.

Powell said it perfectly: our nation needs to once again prove to the world that it is a better country than it has been in the last eight years.  A vote for McCain further prolongs the failed policies of an administration that cares little for the majority of Americans.  A vote for Obama signals a new era for our country, and indeed, for the world.  And in this age of globalism, such a thing is long overdue.

Kudos to General Colin Powell for his endorsement.  He wins my Best Person of the Day award for Sunday, October 19, 2008. 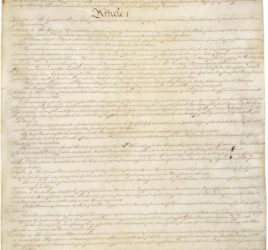 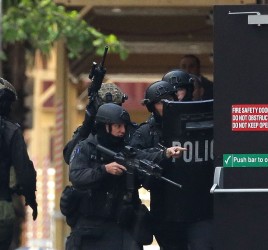