Who Do You Care About? 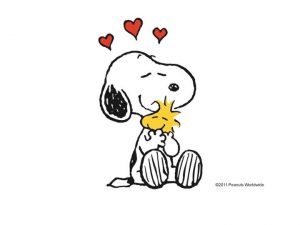 Quick question: when is the last time you put others before yourself?

If you’re like most people, it may have been a while. You’re busy, your schedule is packed, you’re stressed out, you’re wearing your “resting bitch” face, people wonder what sort of mood you’re in…that sort of stuff. I get it. We’ve all been there. In our frantic rush to get things done, our interpersonal relationships suffer. You leave people in your wake wondering what they may have done to piss you off. Your energy dips ever closer to the “negative” because it’s actually easier to be that way than to stay positive. As you tackle more things that need doing, you sink lower until it seems that everything and everyone is a pain-in-the-ass.

There’s also another reason why we spend less time doing for others: a lack of appreciation and gratitude on the part of the people we do things for. I read something that said if you truly desire to help, then you shouldn’t expect any thanks at all. That’s a nice pie-in-the-sky concept, but I hardly think it’s realistic. Or natural. If I hold the door for someone, there had better be a “thank you” coming out of their mouth or I keep my body exactly where it is (usually barring their path) stare at them and say, “YOU’RE WELCOME!”

We also, as a society, tend to take people for granted. Especially if we’re at ease around those people. If I know that Marge always has a smile on her face and a kind word to say, then I’m less likely to put much thought into how I treat Marge. “She’s always so happy so there’s no need to see how she’s doing.”

This, of course, is terribly wrong. Marge and people like her – especially people who have gone out of their way to help you or to be a good friend or to be someone you can rely on – are actually the people you should be caring for the most. But we seem to be hardwired to spend more time investing ourselves in people who seem down or bitchy or otherwise stricken in some fashion, even though the promise of reward may not even exist. And even if it does, why are we chasing that instead of people who would genuinely appreciate it?

It seems counter-intuitive to want to be involved with people who do nothing for others, who spend their entire lives self-absorbed and without giving a shit about anyone else. And yet, we routinely do it. Meanwhile, people who actually care about us get taken for granted. We grow complacent with them and as a result, our relationships suffer.

Perhaps we feel like there’s no challenge to keeping a good friend and we grow bored. Or lazy. Or both. Perhaps we want to be rewarded with that ever-elusive thin smile we sometimes see break across the face of the person who never seems to care. Maybe it’s even because we feel like we can be the one to “change” that negative person into a happy one.

Whatever the reasons may be, taking some time to look at yourself and your relationships is never a bad idea. How have you acted this week? What’s weighing on your mind and how is that affecting your mood and the people around you? Are you so caught up in your own world that you fail to see that people are losing the desire to be around you? Are you taking people for granted who have always been there for you? Do people who used to hang on your every word now drift away when you’re around? Are you even paying attention to whether things have changed or not?

Because society rewards mediocrity instead of awesome, we’re used to having that level of behavior be deemed “acceptable.” In other words, our thinking sometimes goes like this: “I only have to exert this much effort in this relationship and it will be fine.”

Well, to quote George Carlin, “Hair is fine.” “Fine” is another one of those dull, boring words that fails to excite. And no relationship should ever be “fine.”

There’s also blowback on you when you try to give more and elevate your relationships. A lot of people resent “awesome” because it spotlights their own failings and insecurities and inabilities. Rather than realize that they too can be awesome, they’d rather remain “fine” and live a life of mediocrity. In their head, you being awesome forces them to realize they aren’t and shame on you for reminding them of that fact. Backwards for sure, but that’s what happens.

The point is this: we can continue to be fine and mediocre and live in a society where everyone gets rewarded for showing up instead of putting out 100% OR you can take some time each day or week and reflect on how you treat others, what you can do for others, and where you put your caring. Remind yourself that your mood and your behavior have a direct and often profound effect on your environment, your friends, and even your health. Examine your actions and see who you’ve mistreated or treated less than they deserve. Resolve to reach out and say hello. Send a text. Send a message and say hi.

We can’t simply roll through this world without giving a damn about others. Like it or not, we do actually rely on other people for more than we sometimes realize. Even the most hardened loner still needs people. Remind yourself to treat others better than you have been. Remember that we’re all on this planet together and we all have the ability to affect those around us.

If you do nothing else today, reach out to someone who has been kind to you in the past and say a simple, “thank you.” You might be surprised how good you feel for doing it and how that goodness becomes contagious.

And couldn’t the world use a lot more of that?

"4OUR" - Behind The Door Challenge for Collective & Lacie by Jon F. Merz