I choked it down and then put the container back inside.  You can’t go leaving used vials of blood around a hotel without expecting the maids to freak out.  Doesn’t matter if you’re in a city or a small inn in the country.  Stuff like that is gonna make people curious.

The jolt of life force energy smacked into me and made me gasp like I’d touched a live wire.  It passed quickly as it was absorbed into my body, fueling me up.  I rose from where I’d been sitting on the tatami mats and padded over to the verandah outside of my room.  The shoji screens slid back without making any noise and I stepped out on to the polished wooden deck exterior.

The humidity was gone, replaced by a stiff, icy breeze.  I shivered once and took a long look out at the woods and mountains that surrounded this ryokan.  In the distance, I could see the mountains mists still floating above treetops while thick, dark clouds blotted out the moon.

I wondered if it would rain.  But as I was considering this, I heard a solitary cry echo from somewhere deep in the forest.  I frowned.  It didn’t sound like a wolf or a coyote.  Or even a werewolf for that matter.

Not that I expected to attribute these deaths to the Lycans.  They had their own service for dealing with the members of their race that violated their laws.  If this was a rogue Lycan then I’d simply leave it to whomever they sent to deal with it.

The cry sent a shiver running up my spine.  It sounded plaintive.  Like some screech of despair.

I wasn’t familiar with all of the animal life in Japan, but I figured there would be a good explanation for it.  Given the darkness and the weather, my imagination had simply conjured up something spooky instead of logical.

I smirked in spite of myself.  I’d always been a sucker for a good scary story.  Even if I ended up scaring the shit out of myself as a result.

Back inside the room, I settled down under the covers of the futon and made myself comfortable.  I tried watching another game show and switched it over to an old Kurosawa flick instead.  I’ve always enjoyed Rashomon and watched until my eyelids felt heavier than I could manage.  I switched off the television, turned over and promptly fell asleep. 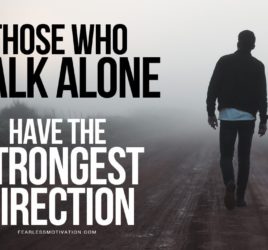 The Company You Keep: How The Wrong Community Can Hinder Your Success