What happens when two professional assassins – one a Mafia hitman and the other a former German terrorist – kill at exactly the same moment in time? For Ernst Stahl and Frank Jolino the result is a psychic bond that slowly blossoms in each man’s mind, enabling them to see into the other’s world. Frank Jolino doesn’t like what he sees, especially when he realizes that Stahl is headed to his home turf of Boston to kill a scientist who may hold the key to solving the world’s deadliest diseases. But for Stahl, there’s no other option. Virtually bankrupt and with his son in desperate need of a bone marrow transplant, he’s got little choice but to take the assignment. Jolino has other ideas. On the run from his crime syndicate for refusing to kill his ex-girlfriend-turned-government-informant, Jolino sets a plan in motion that will bring the two men face-to-face and gun-to-gun…with no guarantees either will survive. 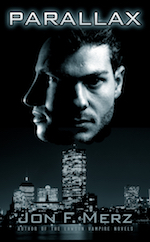