How to Love Yourself (Part 1) 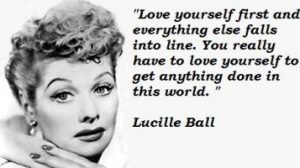 I’ve talked a lot about uncovering faults, vices, and problems within ourselves. Self-critique is indeed a vital skill if you hope to elevate yourself and evolve as a human being.

But what if you don’t have any problems with finding faults in yourself? What if you’re coming at this from the opposite extreme – where it’s nearly impossible for you to find anything good about yourself to celebrate? What if you have a real problem seeing yourself as a wonderful human being worthy of being more than you are right now?

First, you have to understand something about energy. Specifically, the difference between positive energy and negative energy. Negative energy is infinitely easier to generate within ourselves. It takes very little effort to demean, criticize, insult, or bring ourselves down. This happens externally as well. Had a bad experience at a restaurant? I guarantee you that more people will spread that news than will the news that you just had a great experience at another shop. This is also why most newscasts lead with bad stories first: negative energy is powerful and plays on all of our primal receptors of fear and insecurity.

If you are someone who has no trouble finding faults within yourself, then this post is about how you uncover the good and how to love yourself and your virtues. Because what good is elevating yourself if you don’t even love who you are at the start?

Bear in mind, this isn’t easy work. Self-improvement never is. And some of the suggestions that follow will make you snort derisively, shudder, and shake your head at the discomfort they will no doubt generate.

If you’ve lived your life without self-esteem or ever giving yourself a pat on the back, then you owe it to yourself to do these things to better your life. No one should have to go through this life beating themselves up constantly. You are worth more than that; you are someone worth giving a damn about.

What? Easy day, right? Good, I’m glad you think so. Take the shower. Turn off the water. Dry off using your favorite Downy-soft towel, put some moisturizer on real quick. Then hang your towel up or throw it in the hamper.

Are you naked? Good.

2. Look at yourself in the mirror

Stand in front of a mirror, preferably a full-length one. Just stand there. Now pay attention to what you do next. Where does your mind go? What sort of internal dialogue starts up?

If you have problems with self-esteem, I’m almost going to guarantee that you started critiquing your body in some way. Thoughts like this, “My hips are too wide. My bald spot is growing. God, look at the crows feet around my eyes.”

So now you’re ready to start, because steps 1 & 2 aren’t really steps at all. They were just to prime you for what happens next.

3. Shut off your internal voice.

Your goal is to be able to look at yourself in the mirror without immediately launching into a mental beat-down of your body. This will be hard – for some it will seem nearly impossible – but it is critical that you accomplish this. Start out small; the greatest victories come from small, steady advances rather than giant unsupported leaps forward.

Your first goal is ten seconds.

Every single time you step out of the shower, stand in front of that mirror and do not berate yourself. If your internal voice cranks up, simply count your breaths as you stand there. Inhale, exhale, and say “One.” Continue up to ten and then start back at one. This is a form of simple meditation, but by focusing on your breathing instead of the thoughts that scamper about your head, you are achieving both the goal of being able to look at yourself without self-loathing and you are starting to reign in your inner voice – another important skill.

Once you can do this for ten seconds, your next goal is 30 seconds. Use the same procedure as above if you reach ten seconds and then your voice starts barking at you. Remember to take it slow and steady. If 30 seconds seems unattainable, scale it back to twenty seconds for a week or so.

The importance here is on continuity and achievability. Excellence isn’t simply discovered; it’s a repeatable process that you use again and again to elevate yourself. The same thing applies here. Do this every single day without fail. Do it in the morning or do it before bed. But do it. Reach ten seconds. Then twenty. Or thirty.

Then shoot for a single minute.

At some point, this will become hard. Like, really hard. In fact, it may be the toughest thing you’ve ever really done. You may think it’s impossible to look at your own body without hating every inch of it; that it’s silly to love something that you despise so much; or even that it’s stupid to even try this because you already know you’re going to fail at it.

I’m not asking you to suddenly overnight fall in love with your body. I’m simply asking you to stop critiquing it for a certain amount of time. Remember: slow and steady, gradual increments is what we are after. Change isn’t something that you simply flick a switch and do (although some people can actually do that. My late father quit cigarettes cold turkey after his first heart attack, so it *is* possible…). Think of it instead as small steps that will eventually produce lasting change.

And lasting change is what we want.

The self-help industry is full of books and seminars and courses and gurus who will sell you all sorts of expensive gimmicks and complex steps to hopefully uncover self-love. And maybe some of that works. But I’ve always believed that the simplest stuff works best. No bullshit.

I suffered from massive insecurity when I was younger. I had no clue what self-esteem was. I’ve had body issues for a great part of my life. But when I started studying martial arts – Ninjutsu in particular – and moving on to the higher lessons that that study entails, it became absolutely vital that I learn how to love myself. You can’t hope to touch higher levels of self if you are still mired in insecurity and a lack of self-esteem. So I started doing exactly what I’ve written above.

Stand naked in front of mirror without finding fault with my body.

Don’t do anything else yet. Don’t mask your critiques by trying to pump yourself up with praise. Don’t do anything other than simply stand naked in front of a mirror without critiquing your body for one single minute.

Not overnight. Not in a week or two. But gradually, the more you force yourself to do this, the easier it will get.

Start here and the rest will follow. I’ll be back in a few weeks with the next steps you can take to truly love who you are.