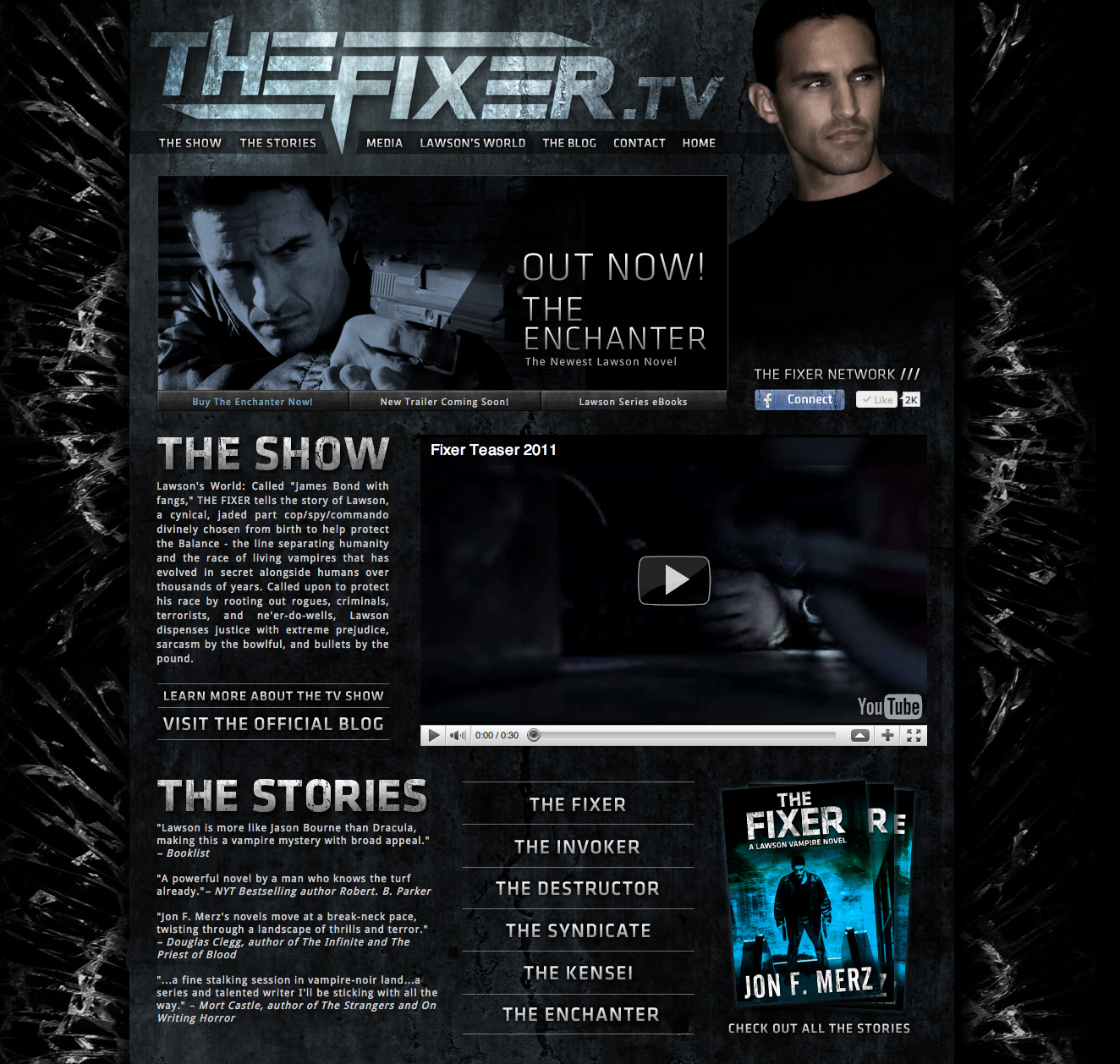 So, this past Friday at 9pm, we launched the all-new, all-awesome website for THE FIXER. This is THE place to go for all things Lawson Vampire – the TV show, the book series, everything. We also debuted the new 30-second teaser clip, which you can see just by clicking on the screen shot to the left.

AND on top of that, we also debuted the brand new ebook THE ENCHANTER. You might know this better as THE MADAGASCAR MATTER project that I ran as a subscription only serialized piece a year or so back. The problem was, the story took on a life of its own and blossomed into a full-fledged novel of 81,000 words. So I turned it into THE ENCHANTER and put it out. The book is a Lawson adventure from the late 1970s when he’s in Madagascar with his former mentor Zero to run down a skeleton in the Council’s closet with roots running back to World War II. Fun stuff. It’s out for the Kindle and the Nook, or you can grab it on THE FIXER website, too.

And we have much more planned. This week, I’m working on THE SHEPHERD, a special Lawson novella written for some very special folks. That should be out soon. And then we’ll be debuting the extended cut of the teaser clip out on THE FIXER website. Look for that by the end of the week,hopefully.

More media attention is brewing. I have a lunchtime interview today, so that should be fun. It comes on the heels of a nice piece in the Boston Herald a week or so back.

Tons of other stuff happening right now. I’ll talk about it when I can.